Barcelona is a very exciting place, especially in the summer. And it can become even more interesting if the organizers of the Euralex 2008 conference at the Pompeu Fabra decide to make an extra-effort and host the Lexicom Workshop 2008 in the very same period. It can become absolutely amazing if you find out that Charles Fillmore (yes, THAT Fillmore) is one of your classmates…

By now, the renown Lexicom Workshops have covered a number of places around Europe and beyond, thus becoming an appreciated reference point for people working on the lexicon. What is attractive about these workshops (and about the lexicon in fact) is their interdisciplinary and applicative side, since they combine lexicology, lexicography and lexical computing. 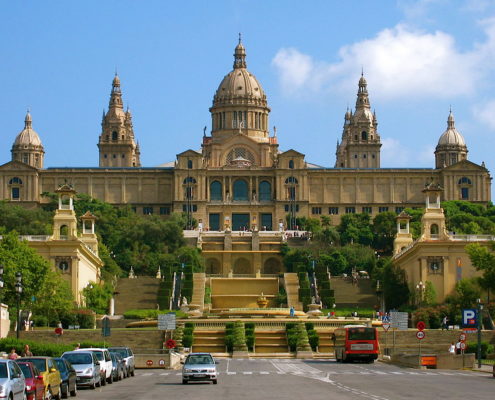 The architecture of the Barcelona workshop is in line with previous programmes. After a brief warm-up, in which feedback from the pre-workshop readings is also gathered, Sue Atkins, Adam Kilgarriff and Michael Rundell drive the audience through highly-focused topics such as corpus linguistics and corpus lexicography, Natural Language Processing, Frame Semantics applied to lexicography, corpus-aided (and mainly dictionary-oriented) word sense disambiguation and more practical matters such as database building and dictionary writing systems. Janet DeCesaris and Gilles-Maurice de Schryver feature as guest tutors and give a lecture each on the latter two topics, respectively.

In the first part of the course, lectures are interspersed with practical work sessions, during which people from different backgrounds have to join forces to write dictionary entries and learn how to exploit all the potentials of that marvellous and addictive creature called “The Sketch Engine”.

At the end of day two, participants are called to make an important decision: am I a lexicography-person or an NLP-person? This is because the second part of the workshop is about to start and two separate groups focusing on the mentioned strands are to be formed. In my personal view (that of a theoretical linguist with applicative inclinations), this is a hard choice, especially after two intensive days in which stimulating inputs from both directions have been reaching your brain.

The schedule of both the NLP and the lexicography group is rather intense and oriented on practical work: writing definitions for both monolingual and bilingual dictionaries is the main task of the latter group; learning how to prepare corpora and write grammatical relations for the Sketch Engine are the basic goals of the former. This is a crucial moment of the workshop, since the participants are called to put their just acquired knowledge into practice.

At the end of day four, a most welcome “copa de cava” break organized by the efficient Pompeu Fabra people refreshes the Lexicom class. The end of the workshop is coming and people take a chance for networking and getting more acquainted with other participants. There is no doubt that 43 (!) participants from more than 20 different countries may be eager to exchange views and share experiences with both their classmates and their tutors.

This mixture of cultures is a plus which is definitely worth mentioning about the Lexicom workshops, and in particular about the Barcelona edition. Another one is their itinerant character: after England, Denmark and the Czech Republic, the Lexicom enterprise has finally reached the Mediterranean area being hosted by Croatia in 2006 and Spain in 2008. The next meeting (2009) will be once again in the Czech Republic. What about 2010?

Who knows. It could well be Italy…